There’s a Whale in My Hot Tub

So who else survived the rapture? Are we missing anyone? Anyone do a headcount?

After watching Back to the Future with Boo and Radley, I decided to watch another time travel movie while folding laundry: Hot Tub Time Machine.

And then because I had ironing to do and I missed cruising, I watched a water movie: Moby Dick 2010. 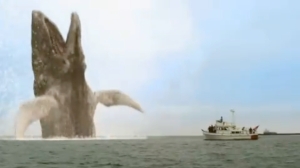 From this movie, I learned that…

PS: The mechnical bull riding video is up on Thoughtsy Appear’s Facebook page if you want a sneak preview of the video before the post tomorrow.

I eat lots of sugar. It's the only way to keep up with my new baby and to outrun zombies. END_OF_DOCUMENT_TOKEN_TO_BE_REPLACED
This entry was posted on Monday, May 23rd, 2011 at 7:37 am and tagged with Animal, Boo Radley, bull riding, eww, Humor, Life, Movies, Movies Teach Us, rapture and posted in Movies/TV. You can follow any responses to this entry through the RSS 2.0 feed.
« I See Drunk People
How to Ride a Mechanical Bull »

27 responses to “There’s a Whale in My Hot Tub”